Tuckerton Seaport is a lot of fun. They have wonderful interactive museums, hiking trails, ducks to feed, farm animals, a lighthouse, and more. It's a great venue for a family day out as it provides a lot of stimulation and adventure for the kids. There's also a gift shop and restaurant right there, but we love to bring a picnic lunch instead! Enjoy the Haunted Seaport in October each year as well! Make sure to visit each building to learn about everything from Decoy Duck Carving to the Shark Attacks of 1916.
Lucy Evelyn

The schooner was constructed in 1917 and was named after the owners two daughters Lucy and Evelyn. The Lucy Evelyn operated with a five man crew from 1917 until 1948. She traveled to various ports around the world including Liverpool, NYC, Barbados, Nova Scotia, Cape Verde, Virgin Islands,  before becoming part of LBI history. She was sold at auction for less than $2000 in 1948 and towed to Beach Haven. The Lucy Evelyn was eventually moved to dry land, surrounded by sand and raised almost 5 feet. The schooner became the Sea Chest, a gift and novelty shop and LBI landmark for a generation of residents and tourists.  The Lucy Evelyn was eventually lost to a fire in the winter of 1972. 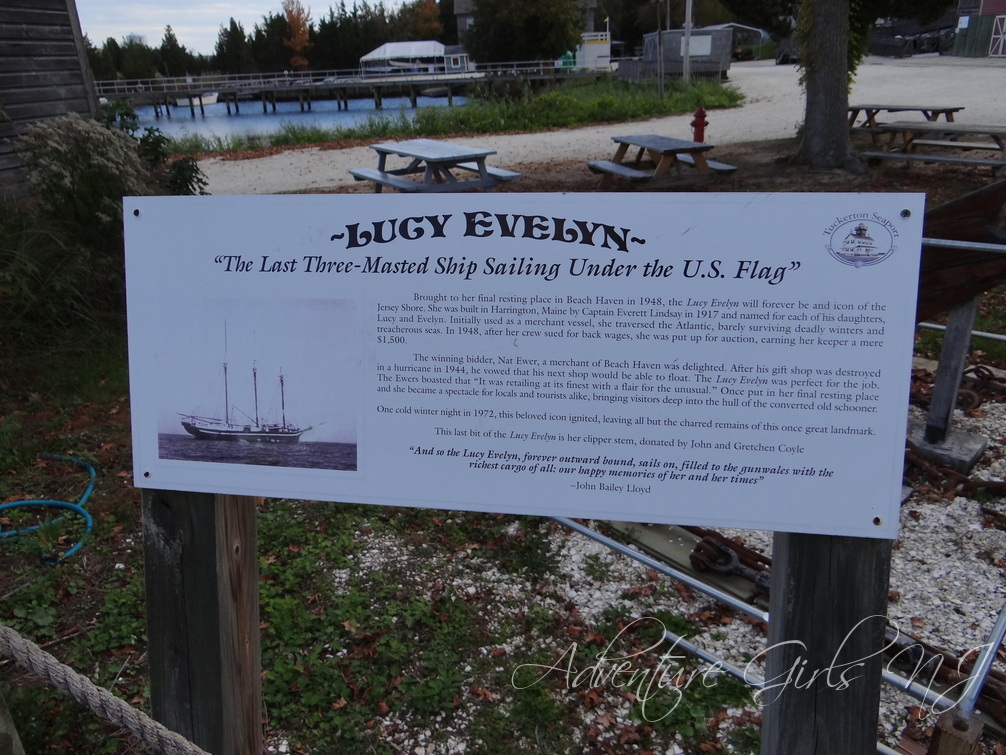 John Winfield Homer, son of James Winfield Scott and Effie {Anderson) Horner, was born in Tuckerton, New Jersey, and is a leading grocer of this place, for many years successfully active in his chosen field of business endeavor. He married Arvilla Vandervere Mott, a member of the prominent Mott family which was founded in South Jersey in 1684. There is a photo of her inside the beautiful Tuckerton Lighthouse.
Arvilla Horner's Gravesite 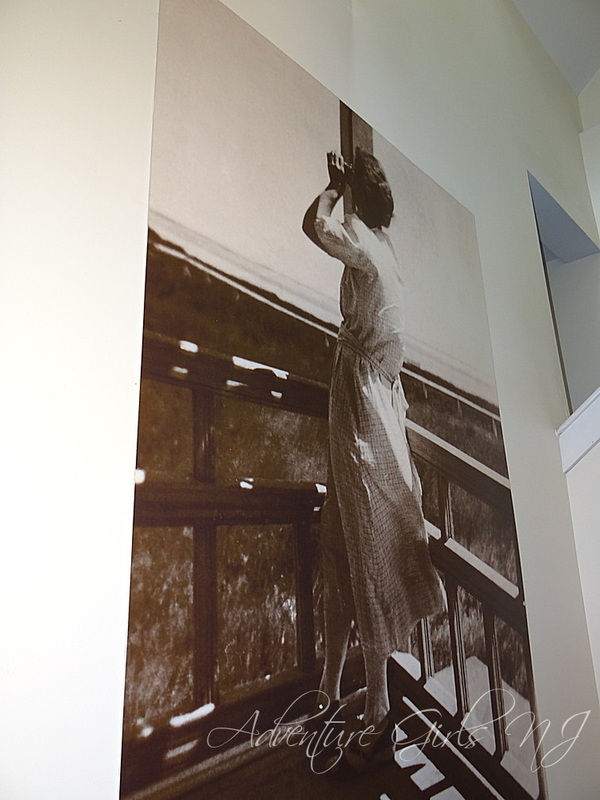