The SS Morro Castle was an ocean liner from the 1930s. It was built for the Ward Line for voyages between NYC and Cuba. The ship was named for the Morro Castle fortress that guards the entrance to Havana Bay, Cuba.

On the morning of September 8, 1934, coming from Havana to New York, the ship caught fire and burned. This disaster killed 137 passengers and crew members. The ship eventually beached herself near Asbury Park, New Jersey. It  remained there for several months until she was towed off and scrapped.

The devastating fire aboard the SS Morro Castle was a catalyst for improved shipboard fire safety today. The use of fire-retardant materials, automatic fire doors, fire alarms, and better attention to fire drills and procedures resulted directly from the Morro Castle disaster of 1934.

There is much darker history about the SS Morro Castle to be learned. Some say it was murder and set intentionally.

The memorial to the SS Morro Castle can be seen on the Asbury Park Boardwalk near the entrance to the Paramount Theater. 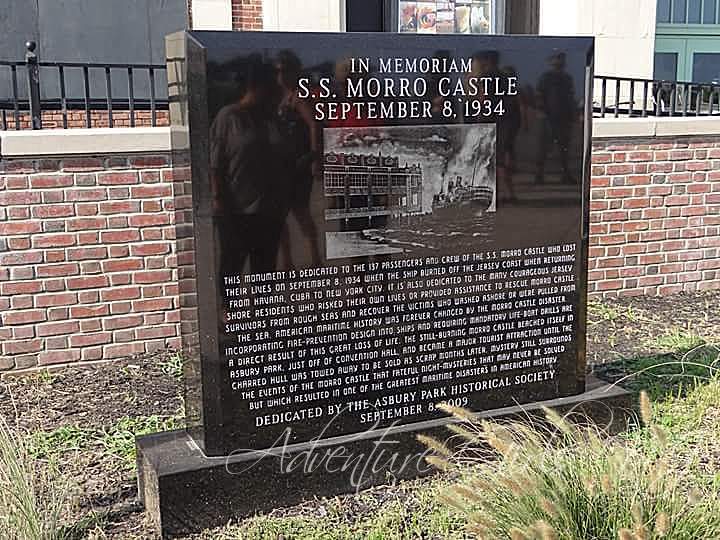