Camp No-Be-Bo-Sco, also known as NoBe, is a Boy Scouts of America camp located in Hardwick Township, New Jersey, owned by the Northern New Jersey Council. It opened in 1927.

In 1979, the first Friday the 13th movie was filmed here, and has become a major part of NoBe's history. The camp was the main filming location, and many of the buildings  are still the same. The camp has even made its own brand of items with an "Angry Mom" mascot, which refers to Pamela Voorhees, and is still open today. The camp also has a plaque dedicating their filming of the movie.

The movie was the beginning of countless sequels, and practically invented the slasher horror film genre, inspiring Freddy Krueger (who he later fought) as well as future movie killers. Camp Crystal Lake was originally said to be in NJ (where the original was actually filmed) but subsequent movies claim the camp is located in CT (where the 2nd film was shot).

ATTENTION: This is private property. Please do not trespass. Police WILL be called. Bummer. 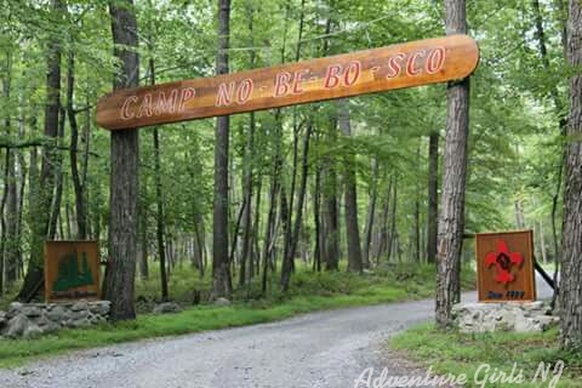